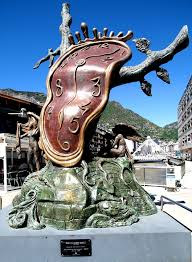 Carole King wrote this breakup song about romance, but I think it applies to any kind of relationship that doesn't work. I have lots of them.

First, there was my mother who abandoned me at birth. Not like to strangers, mom still lived in the household. She just made my sister care for me.

Then sister abandoned me when she went off to have a family of her own. They tell me how much of a fit I pitched about all that. I wanted to step on my nephew.

My parents divorced and I lived with dad. He abandoned me too. He left both my sister and I to a babysitter woman with her own kids. She severely abused me and made my sister her slave. The abusive guardian abandoned me to a state run place for misbehaving children.

I went to live with mom and her new asshole husband. After a year, mom abandoned me again. Back to oldest sister who once again made it clear how much she resented taking care of me.

My sister met a man she wanted to move in with and sent me back to live with mom. Soon after she divorced asshole and took up with another guy. A tiny bit less asshole and at least was kind to me. He wasn't kind to mom, though. They married.

It only lased six months or so, they divorced, but I stayed with mom. She had a boyfriend for a while and then a few years later she met married and divorced jerk #5. I guess you could say I got abandoned by those guys, but the time they were in my life was so short. I did have a decent enough friendship with a couple of the men.

Mom abandoned me once again and dad moved into her room and took a little care of us for a few months. Without mom to pay the bills, the trailer house got lost to the bank and my middle sister and I moved in briefly with my oldest sister.

I know I've told all this before, I thought it needed a rehashing as I haven't posted in a while. Middle sister and I shared an apartment while I went to high school. Things were okay until mom started coming around and eating our food and getting us into hassles with our landlord.

I left to start my adult life far away from all the messy family bullshit. I turned 18 soon after.

At 19, I met a guy who I would marry six years later. He was the best I knew how to pick and we spent a total of nine years together. While I wish I had known how to pick better, I did the best I could.

The lyrics of Too Late come to mind, "though we really did try to make it, something inside has died and I just can't fake it." And "there'll be good times again for me and you, but we just can't stay together can't you feel it too. I'm glad for what we had and how I once loved you."

Deep truth in that. And it holds true for my family. I quit talking to my mother and sisters pretty early into my adult life. Really it was too late the day I was born. That's super sad for them. They couldn't see my precious shiny soul.