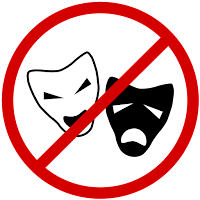 I wonder where I bonded with trauma from my childhood? I know that I get a kind of weird excitement when telling a story. I still think those stories need telling, though I'm wondering now how to take a step back and take the heat off.

Psychologists have been talking about trauma bonding for a while now. It's prevalent when people have survived abuse within families where we are dependent upon them for our basic needs. Hard to leave a husband who convinces you that you'll starve without him.

A friend's dad told her a horrific story about a place to keep her from going with me. I found out later he was abusing her. I offered a thought pattern that would have challenged his authority.

Even though she and I could see the abuse and avoid the love and honor our parent delusion, we both did fall into what I call drama bonding.

Our families taught us that drama brought attention to something bigger than the abuse they were engaged in. My mother told me that "The big bad world is going to eat you alive, little girl." While I didn't believe her, it did take my focus away from the reasons I wanted to go out in it.

I found telling my story gave me some attention and did help a little. Yes, it's dramatic, sad and depressing. Some people walk away from me. Part of me likes that. It feels like I have a power over them.

Drama stories push people away and draw others in at the same time. They obscure and reveal too.

I know that drama also saps energy I could use for other things. It also feels like a stage of recovery. Maybe it's a kind of step down from trauma bonding.

I figured out I had to let go of the fantasy that my mother could be anything other than who she was. Part of grieving, I know, but there's more to it. Seeing her as a whole person.

So many words define my mother. At first the ones I used were things like selfish, cruel and absent. As time goes on, I think things more like hurt, abused and lonely. Still, she could also be called smart, funny and capable.

Bonding with my mother didn't quite happen because I bonded with my older sister instead. Yes, we can bond with more than one person, but my mother and I just didn't get that. At least i the mother/daughter sense.

She did pass on the drama bonding, though.

Troubles were never because she made mistakes or did something wrong. My dad was often the blame for any misfortune. Later, she trauma bonded with other abusers.

I feel I drama bonded with most of the partners I dated. My ex could be the hero comforter when I told the stories of my troubled childhood. They were drama bonded to their mother. I could see that bond as stifling.

When I went to loosen the ties that bind, my ex found another to drama bond enslave.

It takes lots of effort to move out of drama mode. And I see it as a necessary step. I need to get to all the feelings, before I can sort through the ones to change.

Keep the joy and let go the sad and angry.